Balance in a machine is necessary so that the machine can run smoothly while doing its job, especially regarding the balance between performance and cost. In order for these two things to be balanced, a machine must be supported with advanced features in it. As in Ship-To-Shore Container Cranes which have a variety of advanced features such as an automatic grab deployment system, control technology that can detect the tilt of the ship, intelligent control technology of the distribution line and so on. There is an automatic scrambling spread system on the crane which has a role in the form of image recognition and the position of the truck, with this image and position recognition it will facilitate assembly of this tool so that the results will be maximized. In addition, there is also something called the intelligent soft container positioning technology that is loaded on this machine and plays a role in increasing handling efficiency through precise positioning of trucks. 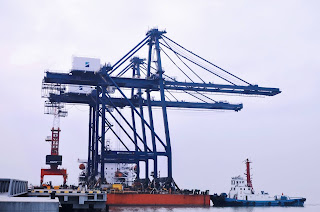 The energy recycling technology is another smart technology that is quite prominent in the characteristics of this machine, because of its reliability in preventing pollution that can disturb the environment and its surroundings. This technology recycles two power simultaneously, namely dynamic power and potential power, where the recycling process is carried out in a network. The machine with a 35-120T rated hoist capacity under spreader also has the same anti-collision system as other machines from Sany production. This anti-collision system indicates that a machine has a high level of safety because with this system it can at least minimize the occurrence of an accident, especially since the anti-collision system on this machine is widely applied, ranging from anti-collision between gantry and trucks, trolleys and pole trolleys, etc. 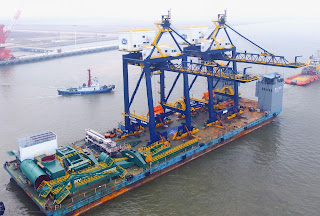 Talking about balance, this machine also contains other advanced technology that has a role as a balance controller, namely anti-swing and anti-electric torque control technology. This technology in controlling the balance of an engine is to prioritize the use of anti-torque because there is an anti-shake system in it. As for other control systems, the power must be decided if an obstacle occurs during the lifting process of a material, which is a sophisticated multi-functional and anti-obstruction slewing technology. So that concerns about damage to the crane or ship's hold can be avoided by opening the hydraulic valve and lowering the oil cylinder. 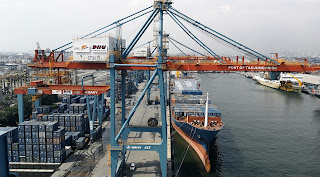 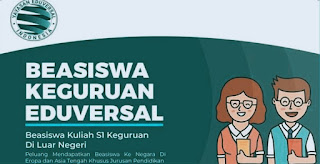