Caterpillar 6090 is an excavator commonly used in the mining industry, because it has a jumbo size with a large shovel. Excavator weighs 1102.3 tons with engine output up to 4500 HP. The CAT company strives to continue to develop reliable, safe, and efficient excavators. Thus, the Caterpillar 6090 FS Excavator was born. In terms of drive systems, this excavator offers two diesel engines that allow greater mobility. Then there is an electric drive system that can save fuel usage. The use of dual machines in the 6090 FS series also makes work productivity higher, more work time, and simplifies engine maintenance. One single engine can produce a full production of 65%, because engine performance can be optimized, coupled with a reduction in the front attachment can be done without the engine. 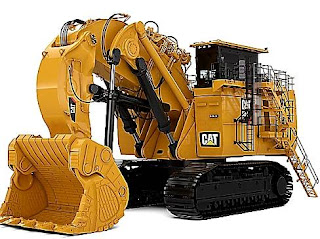 In terms of the hydraulic system, the Caterpillar 6090 has a faster cycle time. Enables faster boom movement, because the boom is lowered using float, not by pump. Then it can streamline other work operations, such as bucket curl and stick in / out. Fast hydraulic cycles also affect greater operator control, where the operator can allow two travel movements, two-cylinder movements, and swing control simultaneously.
In terms of the oil cooling system, the Caterpillar 6090 has an efficient oil cooler, allowing component life to last longer because it is at optimal temperatures. Then there is a special pump that can maintain optimum oil temperature with capacity as needed. In addition, the radiator fan can also help the oil stay cool, this fan works if the oil temperature reaches 50 ° C. If the oil temperature is below 50 ° C the fan will not work, so it can save energy. 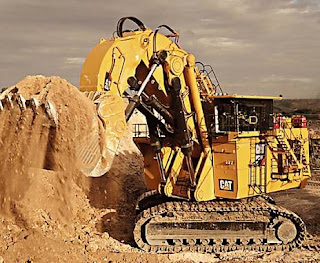 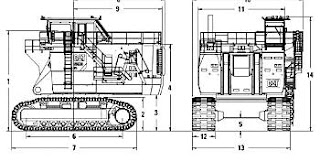