Performance improvements on every product from the Caterpillar company are always carried out, starting from increasing acceleration, productivity, to other enhancements to features, systems, and others. This time, improvements and improvements were made to one of its products, namely the Three Axle Articulated Trucks 725. In carrying out its duties, this truck uses EU Stage IV and Stage V engines equipped with an SCR (Selective Catalytic Reduction) system that injects DEF to prevent excessive NOx emissions. DEF is a mixed solution containing 32.5% pure urea plus 67.5% deionized water so that this solution is very suitable for use. In addition, the transmission on the truck model is on par with industry class as it is equipped with APECS (Advanced Productivity Electronic Control Strategy) in reverse transmission at single speed. With this system, acceleration can be increased through smooth gear changes with high productivity.

As for the use of trucks on the highway that have a different configuration compared to use in other areas, in order for the truck to operate properly on the road, it requires higher engine power and lower powertrain, and is supported by a large capacity torque converter. Even so, the operator does not need to worry because the transmission can be done automatically according to the conditions of the work area regarding changing the gear shift point. In addition, there are other improvements to automatic control that use a proactive application in the form of AATC which can automatically activate the diff anytime and anywhere so as to minimize the occurrence of tire and driveline abuse. In addition, there is also monitoring carried out by ARC so that the level of safety is guaranteed, flexibility to manual control, and adjusts engine speed so that it is not excessive. 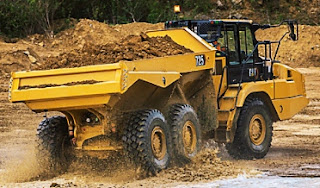 There is also a new Assisted Hoisting Control system which makes it easier to leverage the dump body. The working principle is that by pressing around, the service brake will automatically activate, then the transmission is switched to neutral, and the body is raised to the engine rpm as needed. So that there is a combination of the hoist and the transmission lever which can create a certain uniqueness coupled with ease of operation according to the operator's experience. Other enhancements are also made to the cab which is not only designed world class, but also designed with wide visibility so that the operator can always work productively for long periods of time. Apart from that, the 725 truck also offers the latest dash style by adding the LED rocker switch feature and the dash style makes it easy for the operator to reach the surrounding controls. 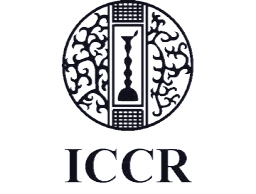